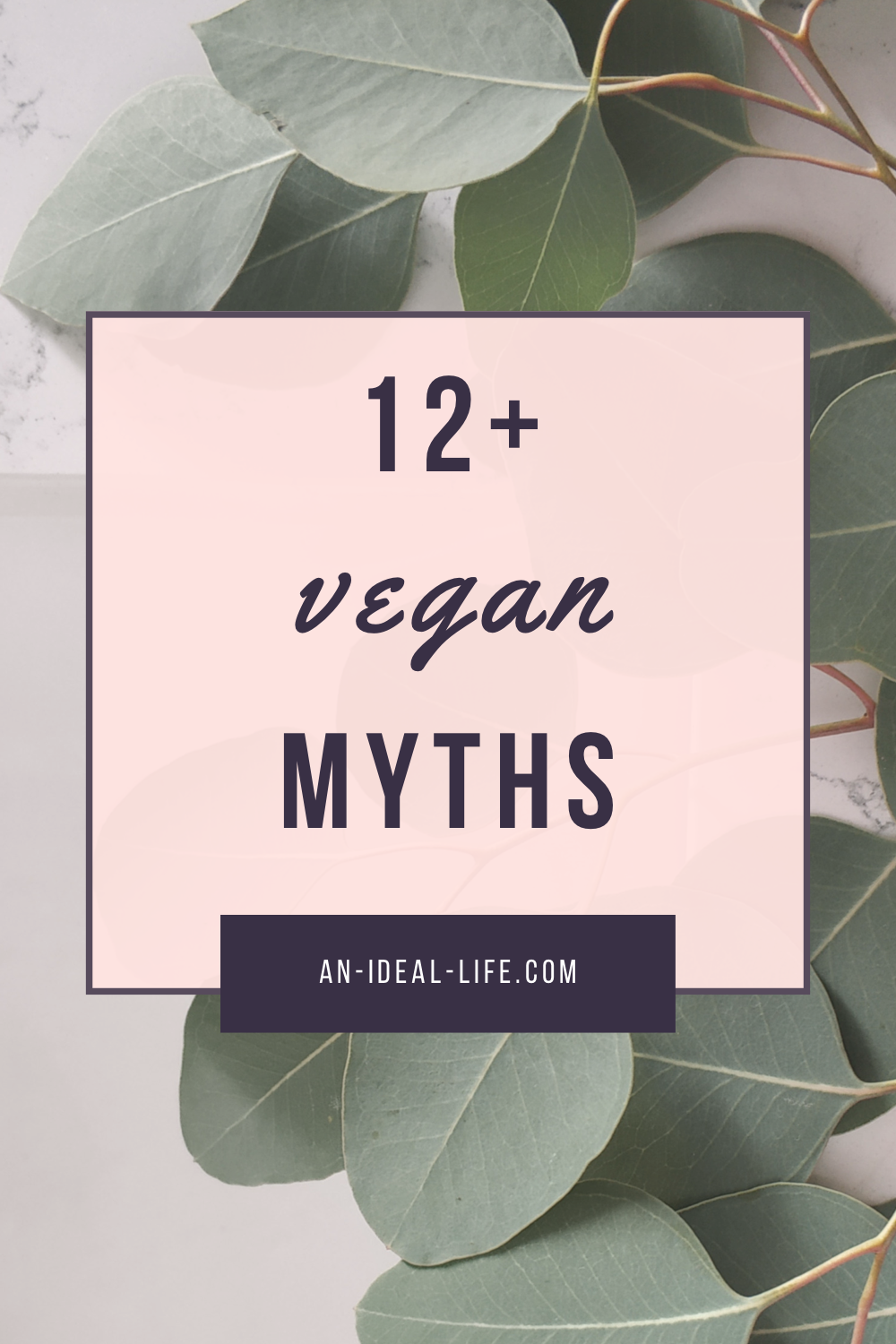 As you probably know if you’ve been around the blog a while, I’m vegan. I have been for nearly a decade!  Like most vegans, I’ve heard it all—the jokes, the blurting out of “BACON” as some sort of alleged retort, every “logical” reason possible against my lifestyle. I’ve even been asked how I felt being around people eating meat because “breathing it in basically negates my veganism.”   Here’s an assortment of some of the most prevalent vegan myths I’ve faced over the years

Of course, these don’t all apply to every situation—you may live in a food desert or have medical conditions that make a plant-based life difficult, if not practically impossible. But, as any other vegans here might relate to, it’s absurdly frustrating to hear these same (refutable) vegan myths again and again!

The dollar store sells frozen veggies.  Rice and beans (aka the cheapest meal of all time) is inherently vegan.  There is no rule that you must go buy meat replacement and nutritional yeast—that’s arguably one of the most common vegan myths, too.  It’s totally possible (and honestly pretty darn simple) to be vegan on a budget.

Eating meat is the circle of life.

This is not the Lion King.  Did you know that we’re also not living on some sort of deserted island that irrationally has animals to be hunted but no herbivorous food?  Imagine!

Do you know who has much bigger canine teeth than humans?  Monkeys.  You know who are almost solely herbivorous?  Monkeys.  Please don’t tell me that your 1/2 inch almost-pointy teeth make you the natural companion to wolves and lions. If you happen to be a vampire, I may acquiesce. Otherwise….

Remember that circle of life people love to mention so much?  Deer aren’t going to take over the world if we don’t shoot them. Plus, do you really want to be the guy who killed Bambi’s mom?

Vegetables.  Nuts.  Quinoa.  Beans.  And that’s just a few!  You’d be amazed by just how many veggie-based sources of protein are out there. Plus, when in doubt, brands like Vega offer a variety of plant-based protein options to give an extra boost.

What about all the animals who are treated well?

If an animal is bred and lives solely for the purpose of later being eaten, it really doesn’t matter if it’s “treated well” or killed “humanely.” It’s honestly kind of sick.

There’s nothing wrong if I eat milk, eggs, or honey.

Go Google some behind-the-scenes clips of the dairy or egg industry.  Or remember that announcement of bees being added to the endangered species list? Animal products aren’t limited to meat.

There are SO MANY vegan options.  From pasta to casseroles, vegan foods span cultures and can be adjusted to fit any preference.

False.  Plants do not have nociceptors.  They do not feel pain.

You can’t build muscle as a vegan.

Again, I refer you to Google.  Search for vegan bodybuilders.  That should clear that up pretty quickly.

Try some of our vegan recipes! We beg to differ.

See the previous myth.  Honestly, I think most people that think this must have never eaten pasta!

Vegans judge you for eating or using animal products.

We may not offer to share your hamburger, but most of us aren’t going to throw blood on you for eating your McDonald’s across the table.  Would we be thrilled to have you join us in veganism? Of course!  But I’ve yet to meet a vegan who would force you to become one as well.  We’re not a cult.  However, we will judge you for using these “reasons” to judge us—in my own experience, anti-vegan judgement is far more prevalent.

Vegans insist on telling everyone that they’re vegan.

I can’t speak for all of us, but I mention it when it would be an inconvenience not to (like if you’re having a party and are listing dietary restrictions to prepare for, or asking about dinner plans or upcoming gift-giving occasions).  I’m not going to interject my veganism into each conversation we have.

Obviously, this is one of the more tongue-in-cheek posts I’ve shared. I’m sure my fellow vegans can relate to the frustration—and hopefully our omnivorous friends can avoid perpetuating myths like these!

Have you heard any of these Vegan myths?  Share your story with us below! 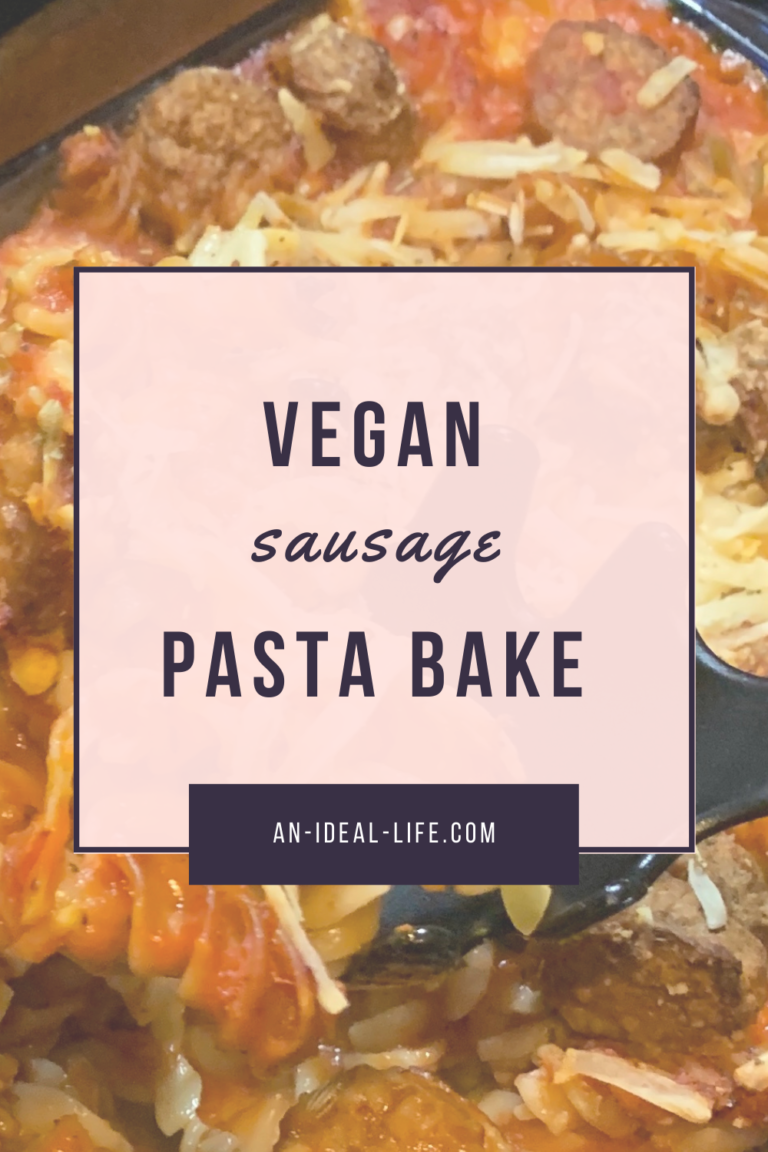 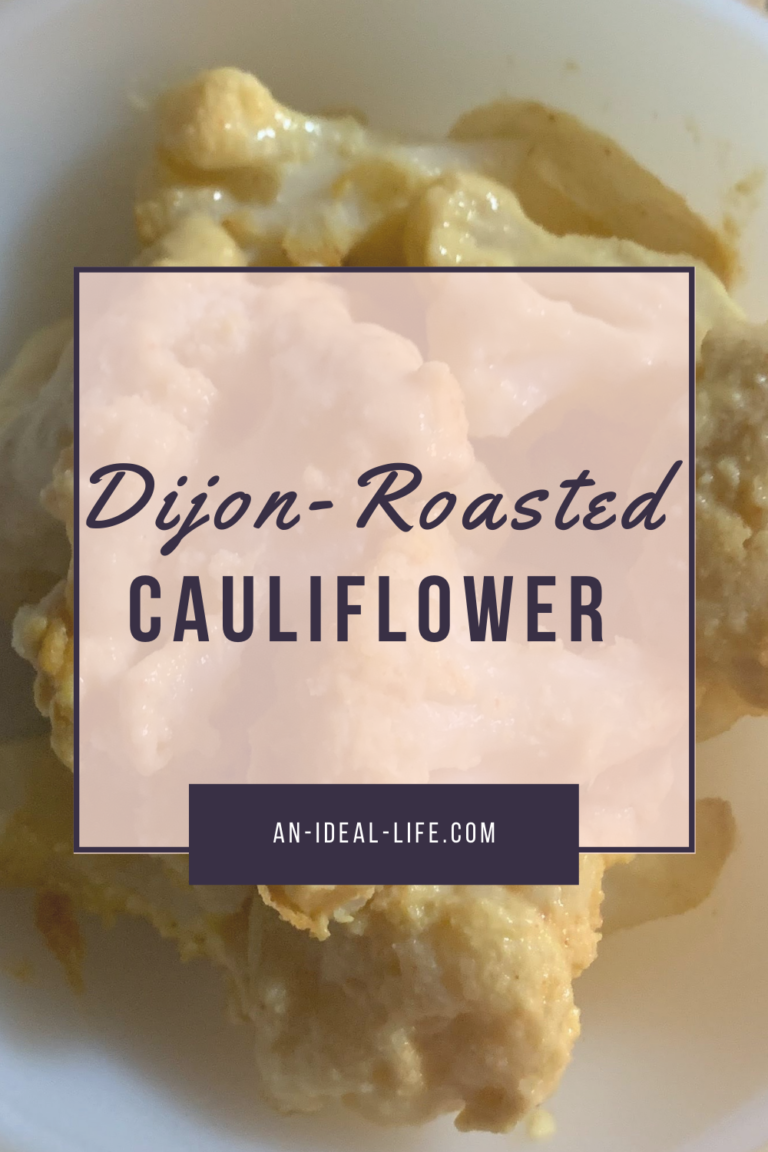 I love cauliflower.  This dijon-roasted cauliflower has its own kind of spice—and it’s absolutely delicious. 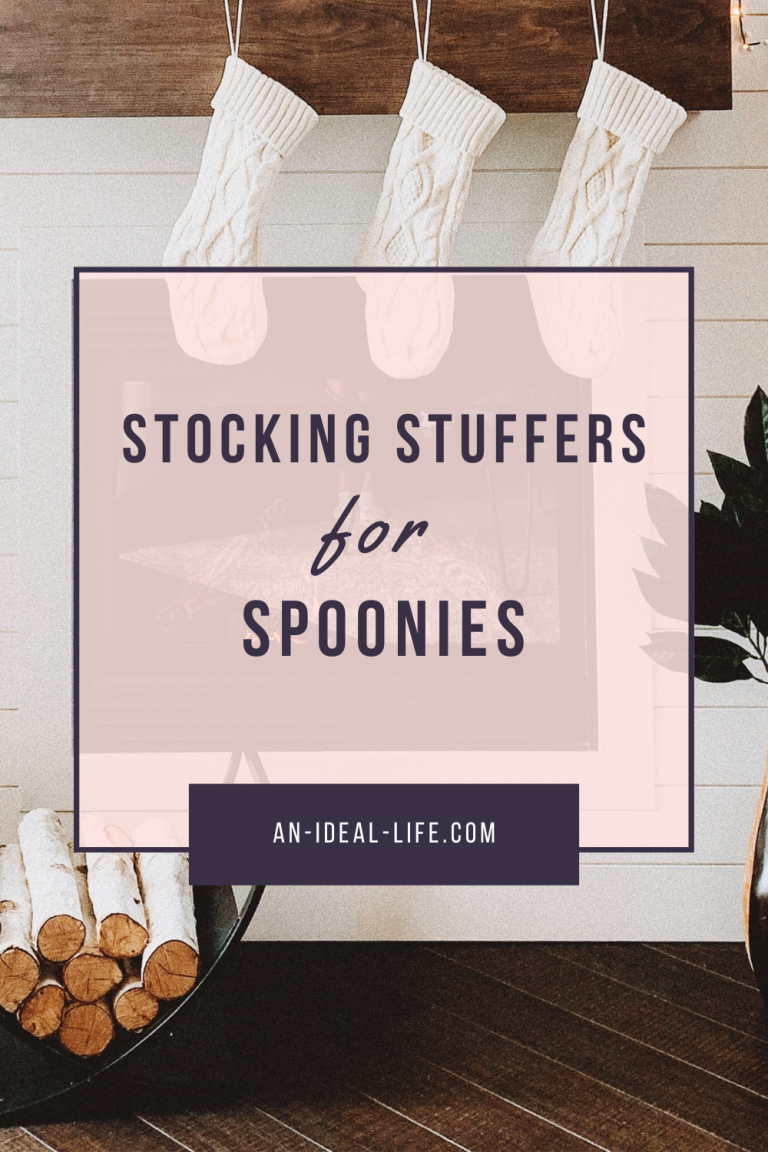 Chronic illnesses can often be unpredictable, and they can certainly make the holidays difficult. If you’re looking for some spoonie stocking stuffers for your loved one with a chronic illness, look no further! Here are some of our favorite items: What exactly is a spoonie? Read more about the spoon theory here. Lip Balm I’m… 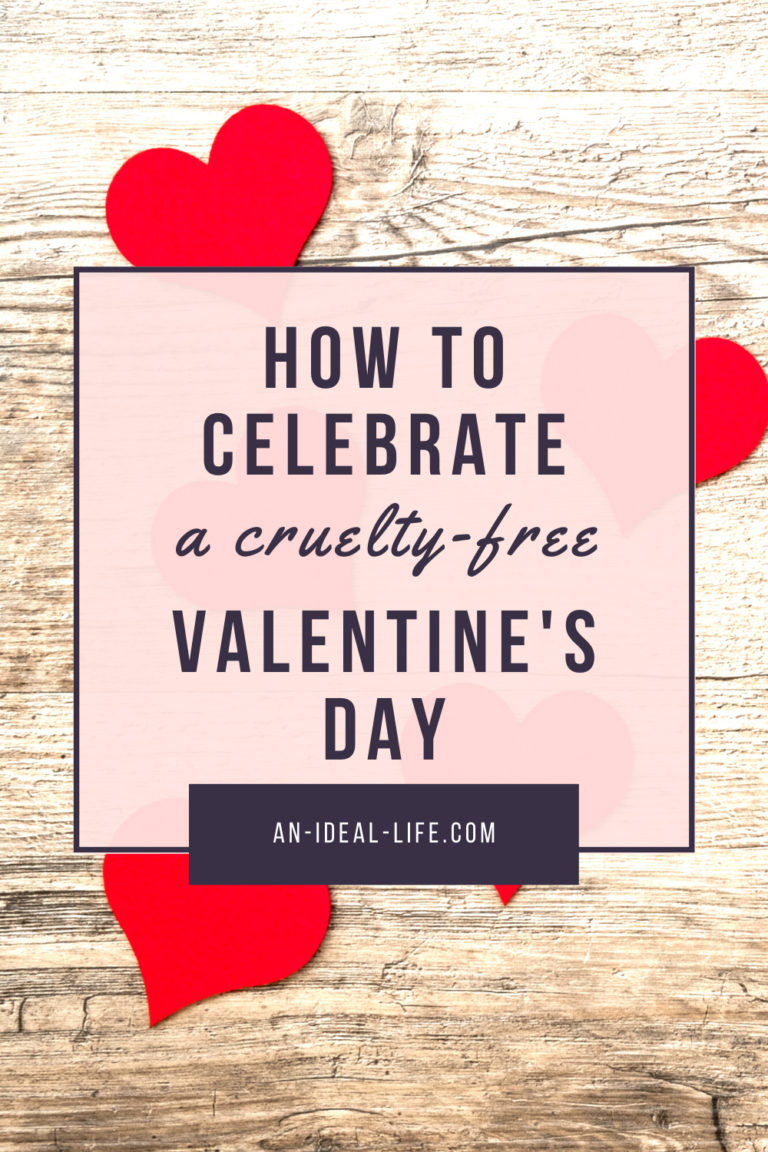 Set yourself and your sweetheart up for a cruelty-free Valentine’s Day, with all the red-and-pink-heart trappings the holiday warrants. 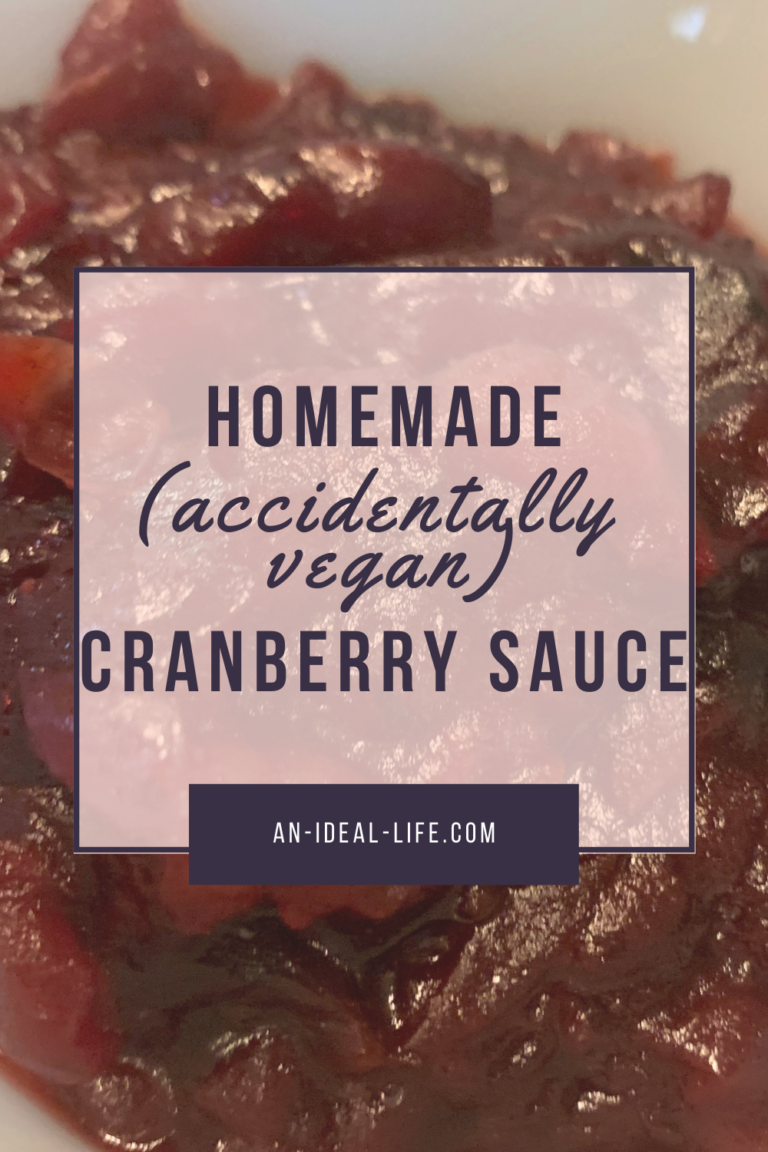 This yummy cranberry sauce is a billion times better than the canned version. And, with a bit of care, it’s accidentally vegan, too!

Like so many posts here on I’ve written, the story behind this recipe take place in England.  Really, avocado toast was my primary sustenance while living abroad (save, perhaps, for chips with a drizzle of vinegar)!  Whether I met up with a friend for brunch at Boston Tea Party or needed a filling breakfast before…